Repertory and Research in Medieval Chant for the Divine Office

The Fondazione Ugo e Olga Levi onlus, with the support of the Fritz Thyssen Stiftung, is hosting a scholarly symposium with a team of international scholars, to address the topic of Historiae.
Historiae constitute an immense and many-sided area of research, offering numerous opportunities for new findings and interpretations. Our meeting aims to survey the repertory and define its chief characteristics, identify aspects that need closer investigation, and suggest directions for future research.

Historia is the name commonly given in the Middle Ages to a cycle of liturgical chants for the Divine Office on the feast day of a saint. A historia typically comprises antiphons and responsories for Vespers, the Night Office and for Lauds, around thirty chants in all. The Latin texts of nearly 800 historiae were published in volumes of Analecta Hymnica, that is about 20,000 individual chants. But AH published only offices with verse texts, mostly from the 12th to the 15th centuries. Many earlier historiae with prose texts survive, at least 200, so that the number of individual chants probably surpasses 25,000. Not all have survived with music, but they still constitute an immense challenge to musicological research.

Most historiae were composed for saints with a local cult, and were not known outside a small area. Others were widely popular (for example Catherine, Nicholas, Thomas of Canterbury, Francis and Dominic). Some saints were given different historiae in different places (Mary Magdalene). After the establishment of a calendar of saints following a basically Roman model, new saint’s offices were added throughout the Middle Ages. No other type of chant composition expanded so continuously and so widely as the historia.

The importance of the historiae is manifold:

– The musical style of the historiae did not remain constant. Changes over time and different preferences from place to place may be observed. In conservative offices elements of “classical Gregorian” practice may be retained, while in progressive pieces a quite new organisation of tonal space and “Gregorian” turns of phrase are employed, possibly reflecting music-theoretical thought.

– Their Latin texts are composed in a variety of forms, including prose, alliterative prose, metrical verse and rhythmical, rhymed verse. Conservative and progressive trends can be seen here as well as in the melodies. The texts may be closely related to the vita of the saint.

– Historiae answer the need to venerate saints through liturgical forms. The veneration of saints was of overwhelming importance in the life of medieval man. Historiae are its ritual expression.

– The creation of a new historia was often bound up with the desire to enhance the importance of the institution which commissioned it. The circumstances under which the new work was made therefore reflect issues in local ecclesiastical politics.

– The authors/composers of many historiae are known by name, also the circumstances under   which the work was made. In some cases the same author/composer made both the vita and the historia of the saint.

Only a part of this immense musical repertoire has been researched and edited, in studies ranging from scholarly articles to full-scale editions including prayers and lessons (for example in the series Historiae, published for the Study Group “Cantus Planus” of the International Musicological Society). In a few cases a whole book has been written about a single historia (Owain Tudor Edwards, on the office of St David). A research project at Regensburg University 1996-1999 transcribed and analyzed the melodies of 120 historiae (about 3000 chants), and some of its results have been published. The late Andrew Hughes (Toronto) devoted many years to the study of offices written for St Thomas of Canterbury; two volumes have appeared so far. Hughes also worked for decades on the repertory of verse offices and published four volumes of catalogues and systematized information.

In some important musical centres historiae for more than one saint were composed, and a number of significant publications edit a whole group of offices, for example the late Giulio Cattin’s Musica e liturgia a San Marco, with editions of sixteen offices. Giacomo Baroffio and Eun Ju Kim edited nine offices in Historiae Sanctorum. Offici liturgici medioevali da codici italiani. The recent dissertation of Danette Brink (Regensburg) contains transcriptions of seven historiae from Trier with a further eight from other churches in the diocese (over 460 chants in all). An even greater number, twenty-two historiae from North France from the 9th-11th centuries, were edited in the dissertation of Jean-François Goudesenne.

Our meeting aims to reflect the many dimensions of the topic through discussions of all its most important aspects. It begins with discussion of the early history of the office in the 8th-9th centuries, not yet understood in detail. The liturgical matrix of the new offices, especially their interaction with the all-important and omnipresent cycles of psalms, is considered, and also the narrative aspect (“history”) of the chant cycles and their function as a source of theological meaning. Hagiography, spirituality, church history and politics are recurrent topics of the meeting. To what extent and in what ways do the chant melodies enhance the delivery and understanding of their Latin texts? Discussion of the “word-and-music” problem aims to shed light on these questions. What is the relationship of the new melodies to those of the traditional, “classical Gregorian” office repertoire? How accurately can we really define the classical tradition? Can we define the reasons why its style was superseded?

The huge size of the repertory is a problem, and the creation of databases, including the encoding of melodies, has tackled some of the difficulties in keeping a sense of perspective. Computer-aided musical analysis is an important focus of discussion.

A number of sessions are devoted to specific historiae from selected areas of medieval Europe. These are seen from several of points of view, both musical and contextual. One complete half-day is devoted to historiae in Italy.

In the meeting the emphasis is on discussion rather than the formal reading of papers. Papers and research materials are circulated in advance. Some sessions take the form of a presentation by one speaker and a response by another. 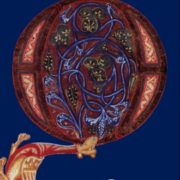 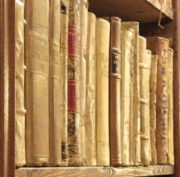 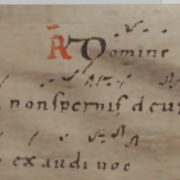 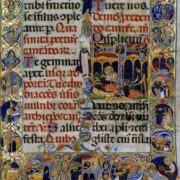 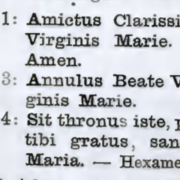 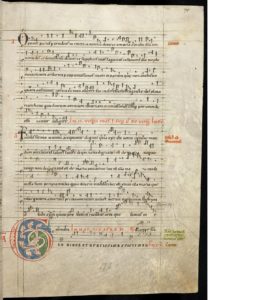 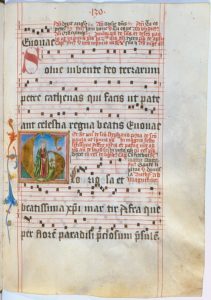 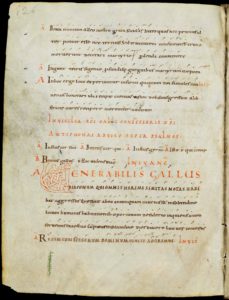 This website uses cookies to improve your experience while you navigate through the website. Out of these, the cookies that are categorized as necessary are stored on your browser as they are essential for the working of basic functionalities of the website. We also use third-party cookies that help us analyze and understand how you use this website. These cookies will be stored in your browser only with your consent. You also have the option to opt-out of these cookies. But opting out of some of these cookies may affect your browsing experience.
Necessary Sempre abilitato
Necessary cookies are absolutely essential for the website to function properly. This category only includes cookies that ensures basic functionalities and security features of the website. These cookies do not store any personal information.
ACCETTA E SALVA